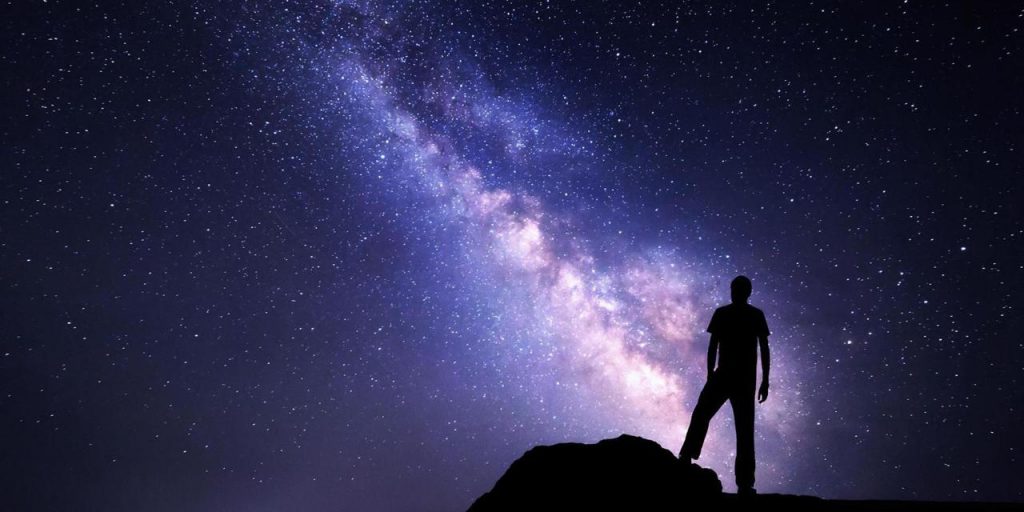 Early this month twelve boys and their football coach were found trapped in the cave in Thailand. Thanks to the professional efforts of the divers and cave rescue team from all over the world, they were all rescued. It was a great joy and relief not only for the families but also for all those who prayed for their safe return.

Sadly, however, former Thai Navy Seal diver Saman Kunan, one of the divers who were part of the rescue team, died while placing oxygen tanks along the twisting passageways of the cave. May God’s comfort and peace be with his family and his friends.

Looking at the initial situation when the divers and cave rescue experts were constructing the rescue plan, I thought to myself, “It illumines the relation between God and humanity.” As we take an elevated view, what is called, a bird’s-eye view, we can figure out how desperate and hopeless the situation was for the boys, there was nothing for them to do to save themselves but only to wait for the rescue team to reach and save them. Likewise, we were desperate and hopeless that there was nothing for us to do for our salvation.

The Bible explains the situation this way:

But God reached and saved us:

“The wages of sin is death, but the free gift of God is eternal life in Christ Jesus our Lord.” (Romans 6:23)

“For by the blood of Christ we are set free, that is, our sins are forgiven. How great is the grace of God. (Ephesians 1:7, Good New Translation)

“For God so loved the world that he gave his only Son, so that everyone who believes in him may not perish but may have eternal life.” (John 3:16)

To get to know more of the relation between God and Human beings, let me share a story of science. Have you heard of a universe of 10 dimensions? Simply speaking, dimensions are the different structures of what we perceive to be reality.

First Dimension. When we say the first dimension, it is that which identifies the length of an object. A straight line is a good example.

Second Dimension. When we add a second dimension to the first, we get an object that becomes a 2-dimensional shape like a square or a rectangular.

Third Dimension. If we add another dimension, a third, to the second, we get an object that becomes a 3-dimensional shape like a cube. A cube exists in three dimensions, which has its length, width, and depth. Therefore, it has volume. A certain shape of space where we are, e.g. This auditorium, is 3-dimensional because it has length, width, and depth.

Fourth Dimension. We all exist in three dimensions. Each one of us has length, width, and depth. Our physical body has volume. In addition to that, we exist in time as well. We have childhood, youth, young adulthood, and adulthood. So, we can say, we live in four dimensions, in space and time.

Fifth and Sixth Dimension. I have some information about fifth and six dimension, but I do not fully understand it. For example, thirty-three years ago, people enjoyed the movie Back to the Future, in which the boy travelled to the past and came back to the future. We call it science-fiction. However, it is not a fiction any longer because modern scientists have developed scientific theories for such possibilities, and they believe Back to the Future could be in reality.

Once that human beings have successfully built an aircraft that travels faster than the light, we are able to see if modern scientific theories for Back to the Future work or not. By the way, light travels in 300,000 km per second. Do you think modern science can build such a marvellous aircraft that travels seven rounds and a half around the earth per second? Anyway, if you understand the scientific theories that support the movie Back to the Future, you understand the world which exists in five or six dimensions. Is there any one among us who understands the theories for a five-dimensional world?

I would like to close this science story with two points: Firstly, we can never find God without God’s self-manifestation. Secondly, we can never understand God without God’s self-revelation. We are able to find God only when and where God manifests Himself. We are able to understand God only as much as God reveals Himself. That is because God is far more than 10 dimensional. No, God cannot be confined to any dimensions, because God is of infinity, perfection, and holiness, which we call God of Transcendence.

God’s transcendence refers to the nature of God who is independent of the material universe, and beyond all known physical laws. God is the Lord God Almighty who created the universe and all things in it, and yet He exists above and independent from them. So, God’s transcendence means that God, who is both the unknown and unknowable, is the incomprehensible Creator who exists outside of space and time, and therefore unsearchable. We can never come to understand God or experience Him personally by an act of our will or by our own reasoning. There is no way for us to know or experience God without His self-revelation. So, we call Him God of Revelation.

Having built the Temple, King Solomon said, in his prayer of dedication, “But will God indeed reside with mortals on earth? Even heaven and the highest heaven cannot contain you, how much less this house that I have built!” (2 Chronicles 6:18)

God’s transcendence is the theological basis of our understanding of God’s revelation. No one would have known God if God had not revealed Himself. But now we know who God is, worship Him and pray to Him, and we experience Him and talk about Him. All these are possible because God revealed who He is in the Scripture and in Jesus Christ. Now we say to each other, “I believe in God” because God sought us first and found us. Now we say “I love my Lord and my God” because God loved us first (1 John 4:11).

When David was young, God sent Prophet Samuel to the house of Jesse to anoint David as the one chosen to be king over Israel. While David was not aware of God’s divine plan for him, God revealed His mind and activated it through Prophet Samuel (1 Samuel 16).

Even when David was an excellent army commander, he never dreamed to be king, and he never attempted to be king, but God revealed what He had in mind through the voice of the people, who shouted, “Saul has killed his thousands, and David his tens of thousands”(1 Samuel 18:7, 21:11, 29:5).

King David felt sorry for God who dwelt in a tent while he was staying in a magnificent palace. As he thought of building the Temple for God to dwell, God said to David through Prophet Nathan, “Are you the one to build me a house to live in? (2 Samuel 7:5) …. the LORD declares to you that the LORD will make you a house” (2 Samuel 7:11).
And God revealed His divine plan to King David, “When your days are fulfilled and you lie down with your ancestors, I will raise up your offspring after you, who shall come forth from your body, and I will establish his kingdom. He shall build a house for my name, and I will establish the throne of his kingdom for ever. I will be a father to him, and he shall be a son to me” (2 Samuel 7:12-14).

Of course, it was God’s revelation for his son Solomon, and yet it was also about Jesus Christ, the Messiah, who should come forth as the son of David (Matthew 1:1).

Let me conclude the sermon.

Just as little David did not know what Prophet Samuel meant when the prophet was anointing him, we may not fully comprehend the meaning of the things that happen to us each day. But we trust in God who will reveal His mind to us in His time.

Just as Army Commander David never dreamed of being enthroned as king, we have never dreamed of such a glorious occasion for us, but the Lord, who had made David enthroned to be king over Israel, revealed what is in His mind for us by declaring,

“But you are a chosen race, a royal priesthood, a holy nation, God’s own people, in order that you may proclaim the mighty acts of him who called you out of darkness into his marvellous light. Once you were not a people, but now you are God’s people; once you had not received mercy, but now you have received mercy” (1 Peter 2:9-10).

Thanks be to God. 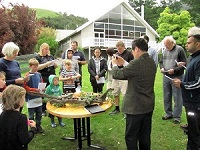